By continuing to use the site, you agree to the use of cookies.

23 January 2020Ones to watch in Tokyo: Meet the Team GB hopefuls set to light up the 2020 Games... including a BMX rider and the 'next big thing' in British swimming

Ones to watch in Tokyo: Meet the Team GB hopefuls set to light up the 2020 Games... including a BMX rider and the 'next big thing' in British swimming

By DAVID COVERDALE FOR THE DAILY MAIL

With six months to go until Tokyo 2020, Sportsmail has selected a group of Team GB hopefuls to get behind in the run-up to the Games.

Our shortlist of athletes includes a teenager tipped to win an individual medal aged just 17 and a 34 year-old veteran in search of his fourth gold medal.

There's also a heavyweight boxer gunning for gold, and an unfamiliar face competing in one of the new urban events at the 2020 Games... 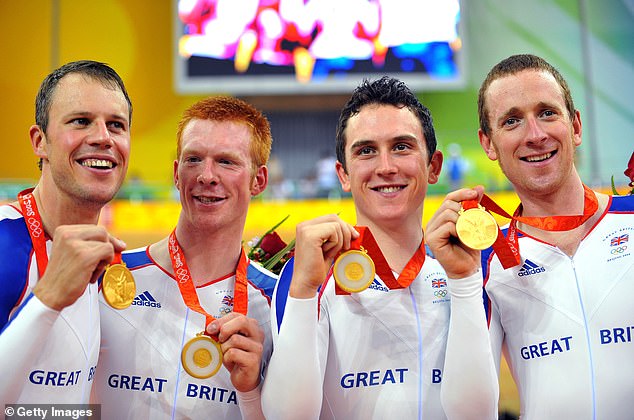 Anderson is seen as the next big thing in British swimming and is expected to qualify for Tokyo in the 100m and 200m freestyle. The Merseysider is also likely to compete in a new Olympic event, the 4x100m mixed medley relay, in which she won bronze at last year’s World Championships, anchoring a team including Adam Peaty.

Anderson is tipped to peak for Paris 2024 but she could well claim an individual medal this summer, having smashed her 200m personal best by more than 1.5sec at an event in Belgium last week. ‘I’m excited about what is to come in the summer, just to see what I can do,’ she admits. 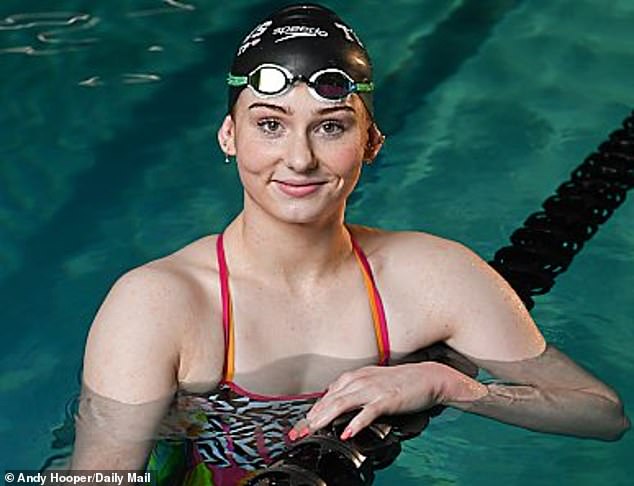 The Yorkshireman is expected to be part of the four-man team pursuit, in what will be his last Games before he retires from the track, and is currently preparing for next month’s World Championships in Berlin.

‘I’m very much the old man of the team,’ says Clancy. ‘I will be the only guy that has been at an Olympics before. It would be amazing to win a fourth gold. It’s what my life is all about at the moment.’ 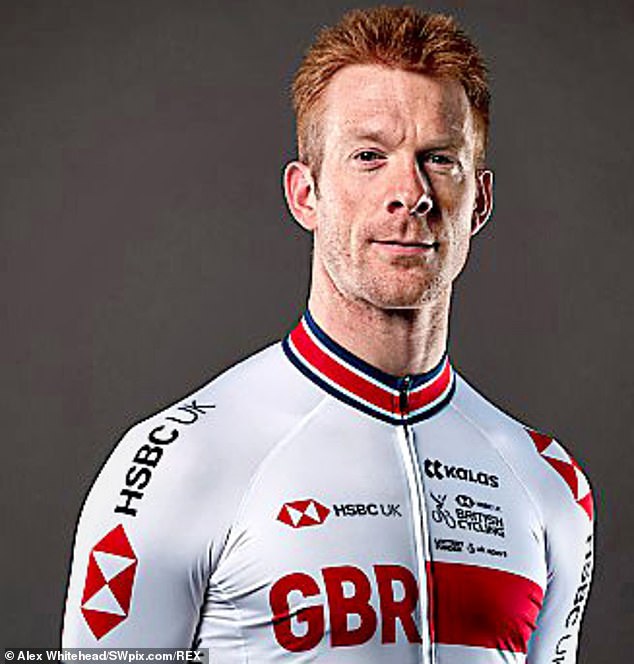 The heavyweight is one of Britain’s best boxing hopes in Tokyo. He moved to England from Jamaica when he was 11 and represented the country of his birth until 2014.

Since switching allegiance, Clarke has won European and Commonwealth medals and now he is ready to rumble in the Olympic ring.

To seal his selection, the Kent-based fighter must finish in the top four at either March’s European Olympic qualifying tournament in London or the last-chance world event in Paris in May. 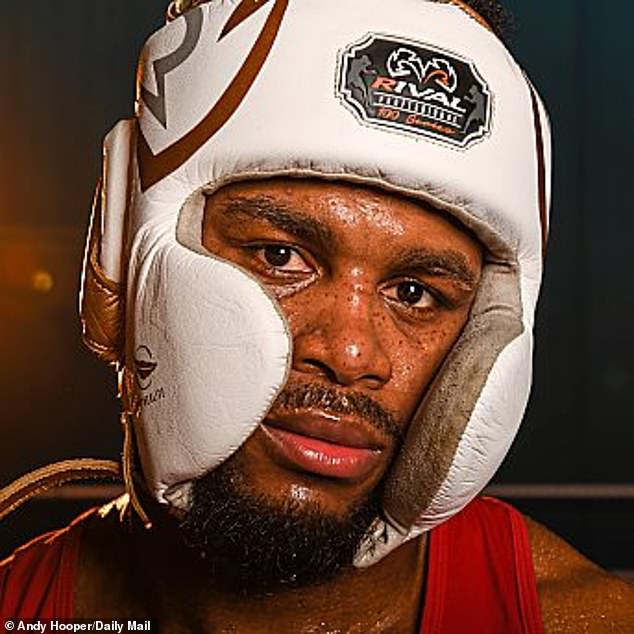 The Corby-based biker is Team GB’s star in BMX Freestyle, one of the new ‘urban’ events added to the Olympic programme. She became the sport’s first female European champion last October before winning bronze at the World Championships in China to secure her spot for Tokyo.

Worthington’s Olympic preparations took a hit a fortnight ago when she dislocated her shoulder attempting a ‘tailwhip air’. But rehab is going well and she expects to be back on her bike in March.

‘I‘m definitely looking at the podium at Tokyo and I’m going for gold,’ she says. 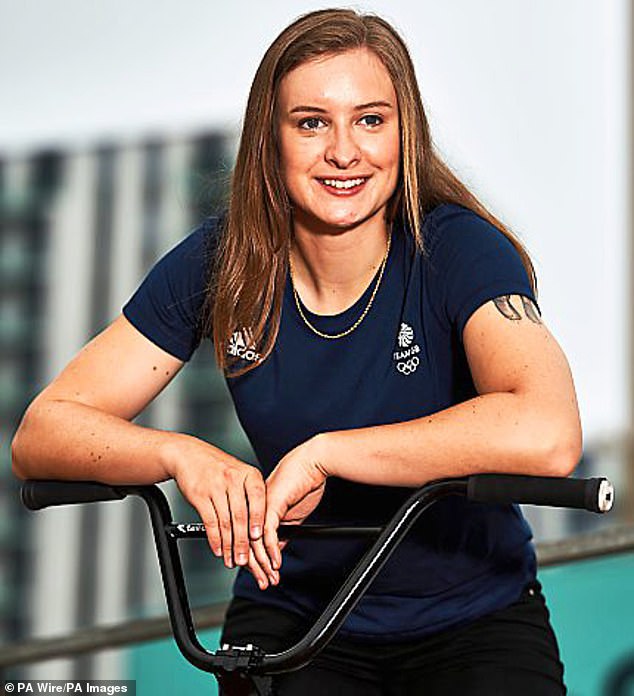 Charlotte Worthington will compete in BMX, which is one of the new urban events in Tokyo

The 20km race walker has already sealed his spot for Tokyo, which will be his second Olympics. Bosworth finished sixth in Rio in 2016 and celebrated by proposing to his partner Harry Dineley on Copacabana Beach.

He suffered mental health problems after being disqualified at the 2017 World Championships, but won a silver medal at the Commonwealth Games the following year. Now he wants a place on the Olympic podium.

‘I haven’t felt this good for two years,’ says Bosworth, who last week celebrated his 30th birthday while at a training camp in South Africa. ‘I know I am one of the best in the world.' 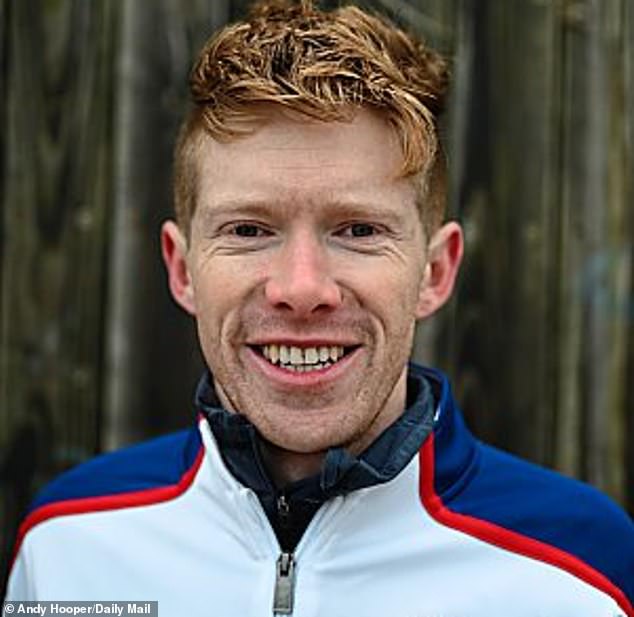